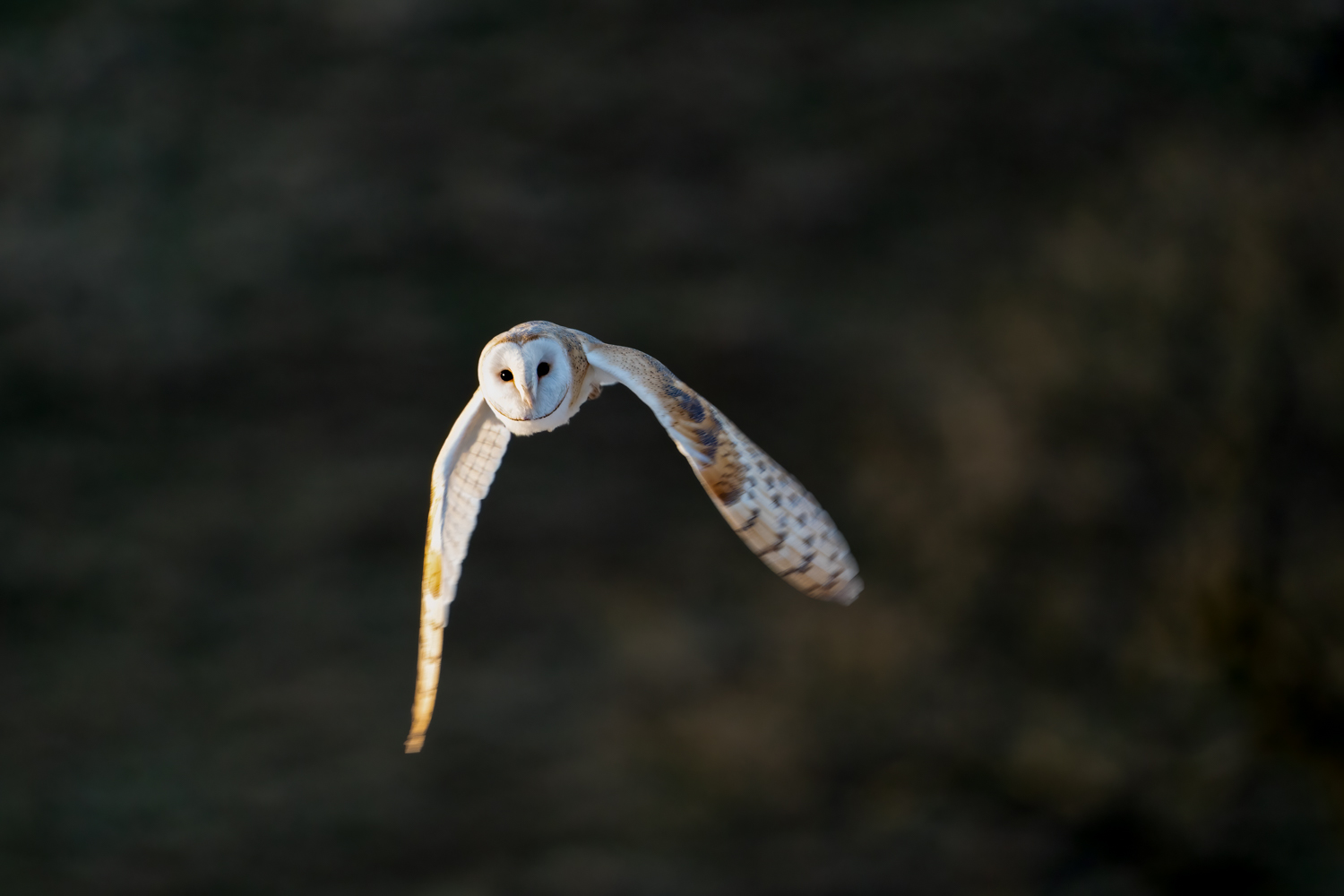 Owls have always held a fascination. Their place in lore is firmly anchored due to their ability to move so very silently, and appear like a conjuring-trick in your periphery only to disappear, and again sit in front of you as if chuckling to themselves.

Owls have always been on my wish-list of encounters on the side of Pendle when roaming the moors like some melancholy character sprung from the Bronte sisters’ tales but with a camera instead of a walking stick. One night early January when snow covered the fields and the sun was quite bright, the tell-tale flash of blonde wings caught my attention. Climbing towards it, I was soon rewarded with a barn-owl sighting and enjoyed to sit in the middle of a frozen field, watching him dive up and down in the pastel pinks of after sunset. 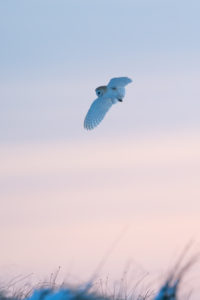 That meeting triggered a need for more photos and renewed sightings. That’s when work started. The weather these last few weeks has been challenging with easterly wind gusts and snow falling steadily. Sitting for long periods of time was difficult but I went out most evenings and spotted the owl during half of those watches, but only from afar or when all light was lost to my camera’s sensor. A few nights back, the light was brilliant, but the owl had decided to hunt on the steep sides of Pendle, out of my reach due to the hour of day and the knowledge I’d be walking across the fells in sheer darkness. A glimpse at him showed how incredibly well camouflaged these owls are:

By then I was aware of the times the bird kept and like clock-work, 45 minutes before sunset, he’d leave his wooded dale and come out to hunt in the fields for voles. Watching his movements the weeks before, I knew where he liked to pass and rest on his slow journey up into the fells and I placed myself downwind, where I thought my shape wasn’t creating a menacing silhouette and there I waited. When my limbs started to fall asleep and the wind kicked up and bit my neck, there he was. Can you spot him yet? 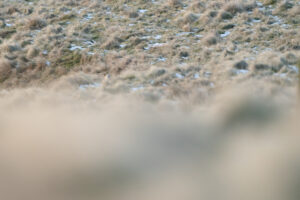 Like a string-puppet fighting the gusts he worked his way upwards in the dell and my breathing became shallower and quicker as certainty increased that he would pass me for a close-up shot worthy of our gallery. He perched on a post close-by for a moment, then spread his wings, aware of me. For a split-second, I enjoyed the connection between a wild creature and me that is more reward than any good photograph and his portrait was captured before he circled around me to move uphill once more. 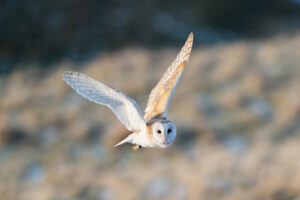 I’m not a patient person, worse luck. But the reward of such a moment keeps me working towards wild encounters and the feeling of elation they unfailingly gift me with.