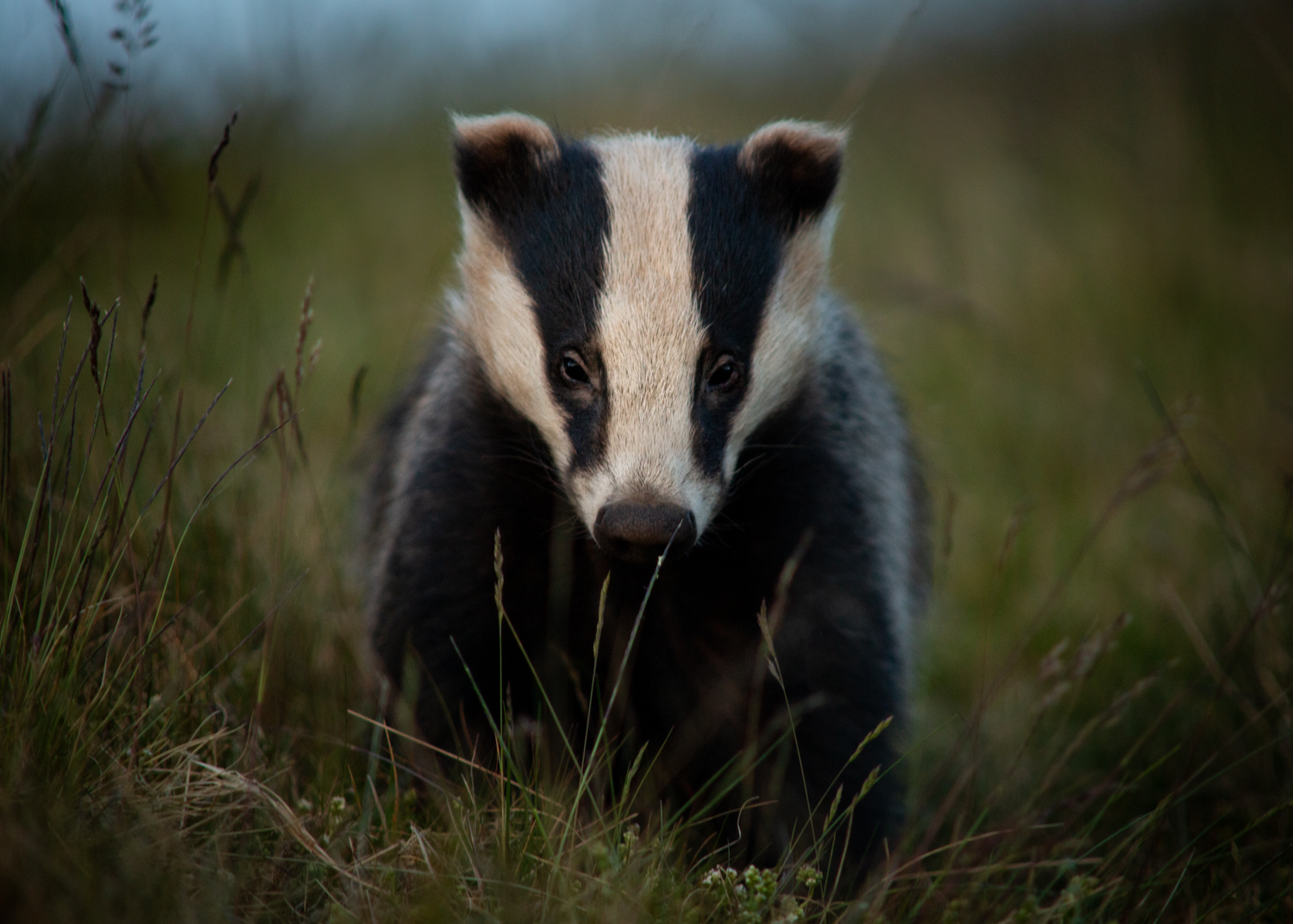 Lockdown in the gorgeous Ribble Valley nudged us to open our eyes to what was going on outside our doorstep. We’ve come across fox spur enough times in the last years, but walking dogs is detrimental to encountering wildlife and daily lives took over, so we never put in the time necessary to find them. Having a suspicion that a row of holes along a dry-stone wall was inhabited by the red-haired predators, it was the obvious place to start our vigil, now we did have plenty of time. The lack of an early morning alarm allowed us to lie still and hidden in bracken deep into the night, while the skies were still bright. Foxes always know if someone’s watching. Even when the wind blows towards you, they know you’re there. So ultimately it’s their decision if you get to see them, or even photograph them. The curious youngsters from this spring’s litter weren’t too shy, but it took a few evenings until they stopped jumping into their holes the moment I was within sight.

Hares are easiest photographed if the wind is quite strongly blowing towards you and you can keep your shape as small as possible. Crawling on your stomach to get to eye-level is definitely a must. 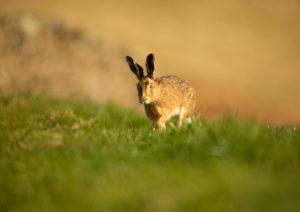 England’s woodland creatures, hare, fox and badger are famous beyond the books of Beatrix Potter, but apparently 80% of the British population has never seen a badger. They are an important part of our eco-system and though often brought in disrepute as carriers of disease, it’s now understood their contribution to the spread of bovine tuberculosis is negligible and the controversial cull has thus been stopped. Badgers aren’t endangered in numbers as much as they have suffered from inhumane attempts on their setts and therefore enjoy a protected status in our country. Being almost blind, they rely on their exquisite sense of smell. Leaving a piece of your clothing close to their sett will get them accustomed to your scent. To observe badgers draw fresh grass and hay into their sett for bedding, to listen to the youngsters play-fight with loud squeaks and grumbles, is probably a highlight of local wildlife watching. Just remember to not encroach too closely and to keep setts’ locations to yourselves. Mr & Mrs Brock appreciate their privacy.