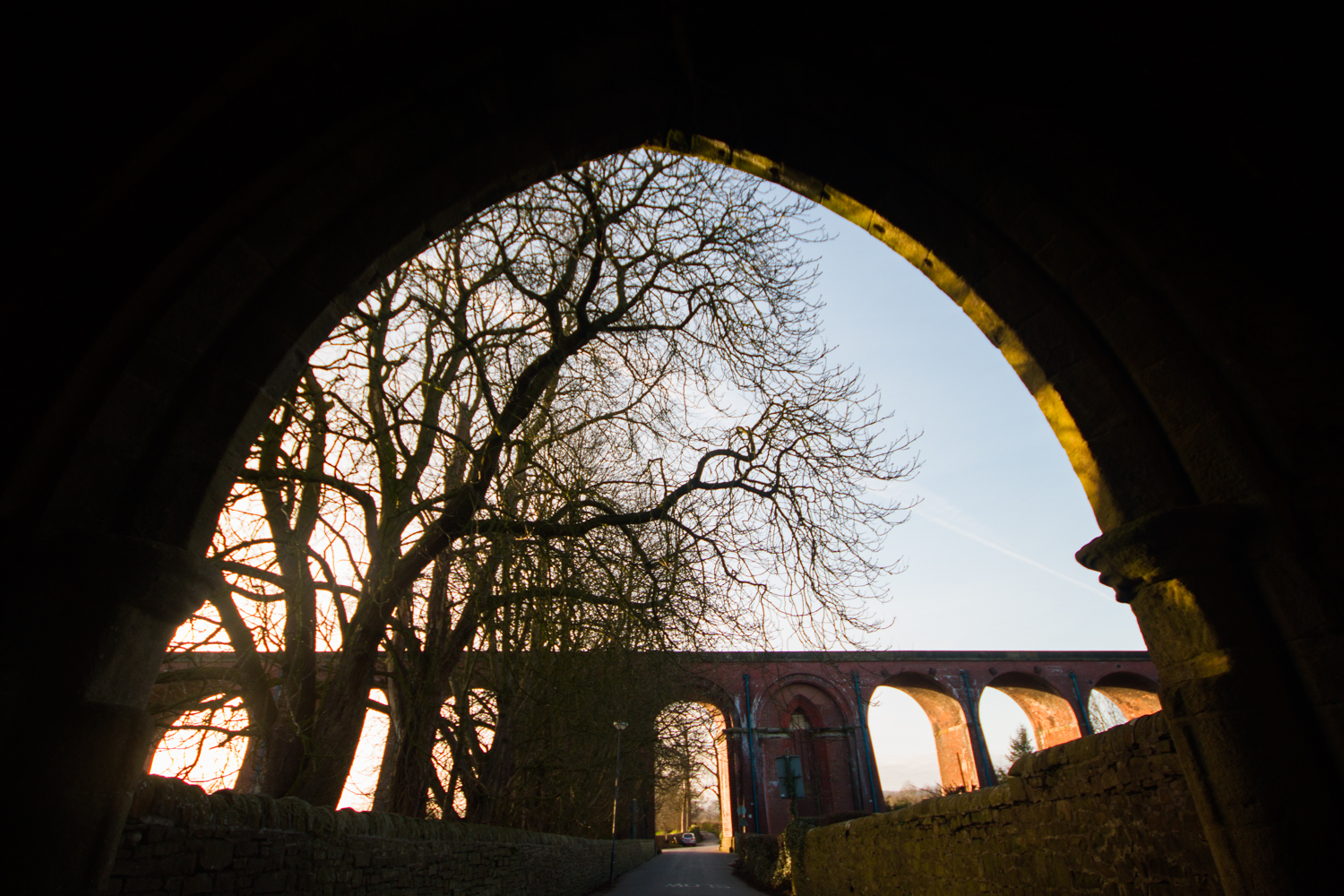 It was the first day of the year when the setting sun did not bring along a biting breeze, but instead let the day exhale slowly, gently. Doves flew between trees with rustling wings and daffodils’ sweet perfume floated on the air.

Whally rests on the banks of the River Calder in the Ribble Valley. A red brick-stone viaduct constructed in Victorian heydays spans the flood-prone flats of the river on 41 arches. But the heart of the small town is a 14-century cistercian abbey, whose grounds host arches as well, albeit ruined, bearing witness to the dissolution of the monasteries. Moss grows over stone-floored halls once housing monks. The years of worship, of hopes and faith shared, have left the air with unsung memories, not quite tangible, but comforting in their endurance. The last abbot was executed under Henry VIII for encouraging the Pilgrimage of Grace where Lancashire people raised against their king in rebellion to keep their clerical houses. Puddles catch the reflections of trees in a soft russet, showing beauty in the unexpected, below the passerby’s steps, too easily overlooked. St Mary and All Saints catches the light beyond the abbey, the churchyard’s trees just now starting to flow with sap again, starting to bud. A church will have stood in this place since Anglo-Saxon times. Today’s stone-work dates from the 13 century. The light wanders on, the angle lower, now playing with the early growth on the tree’s fine branches, giving them metallic hues. The graves are watched by a cat basking in the evening sun. High above the feline, birds caw, exchanging their news of the avian kingdom before sundown. And the gate to this day closes on ill-greased hinges, suffering the tempers of time, used and useful for lives yet to come.