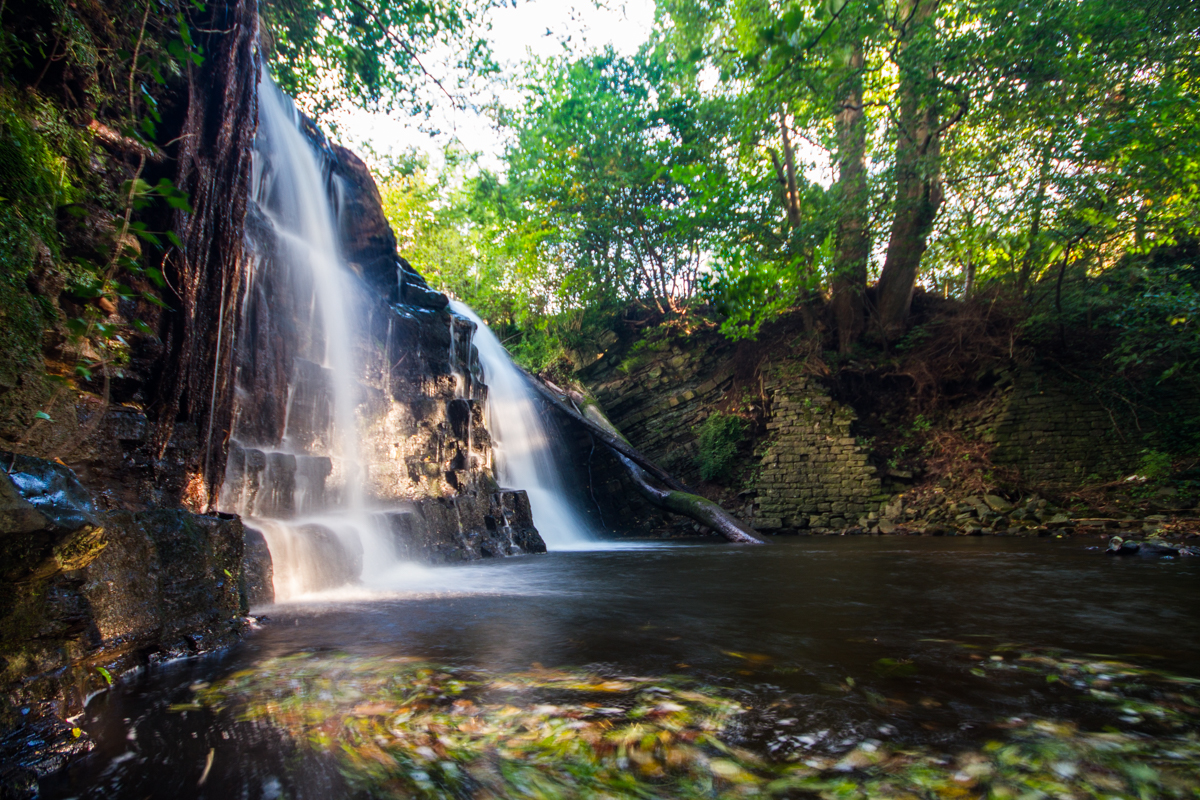 Using Lancashire ordinance maps, one often finds a small inscription next to a public foot path claiming “waterfall”. The trouble is, these can vary in size from mere rocks to a proper drop-off, and one only knows after inspection. Mostly, these waterfalls are not in the open, easily spotted, but tend to be tucked away in thicket, away from the trodden path. Scarloom Falls in Holden, in the Forest of Bowland, is a prime example of such a hidden gem of cascading water. One has to walk upriver for a good five minutes to come upon the falls. But when the morning sun hits them just right, it is well worth the struggle. Another example of falls not easily found are the Gisburn Falls in Gisburn Forest. A row of three falls can best be located by listening to the gurgling of a brook next to the public footpath, as the waterfall itself is inside a forested fen.